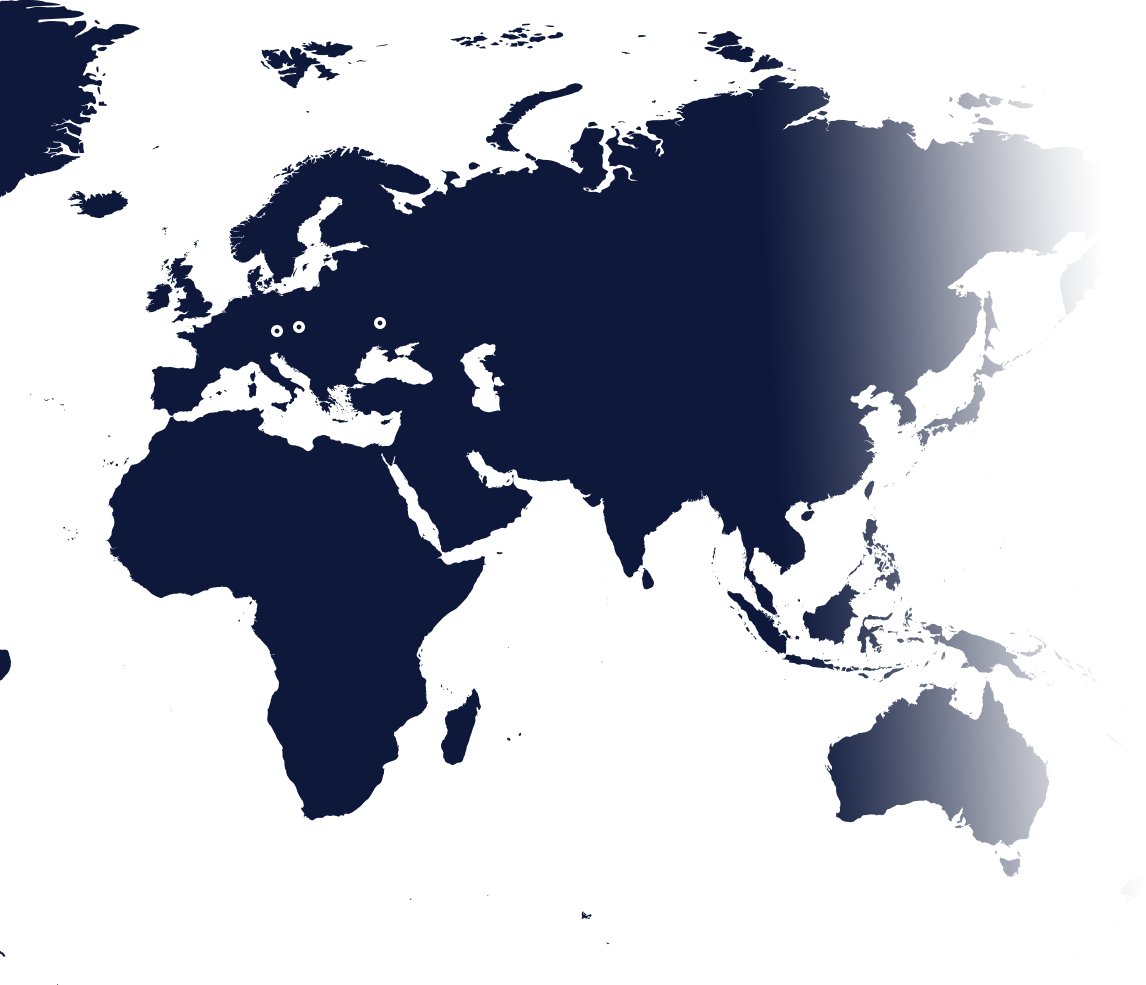 do not miss latest news 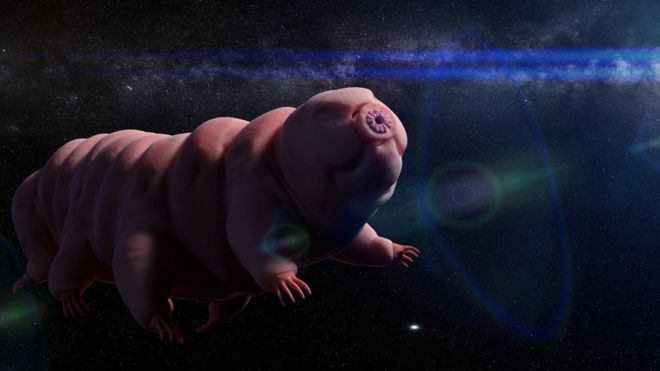 Tardigrades: 'Water bears' stuck on the moon after crash

The moon might now be home to thousands of planet Earth's most indestructible animals.

Tardigrades - often called water bears - are creatures under a millimetre long that can survive being heated to 150C and frozen to almost absolute zero.They were travelling on an Israeli spacecraft that crash-landed on the moon in April.And the co-founder of the organisation that put them there thinks they're almost definitely still alive.The water bears had been dehydrated to place them in suspended animation and then encased in artificial amber."We believe the chances of survival for the tardigrades... are extremely high," Arch Mission Foundation boss Nova Spivack said. 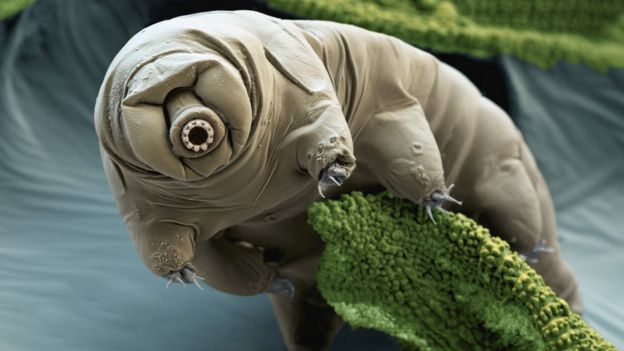 The Arch Mission Foundation keeps a "backup" of planet Earth - with human knowledge and the planet's biology stored and sent out to various solar locations in case of a life-ending event.The "lunar library" - something resembling a DVD that contains a 30-million-page archive of human history viewable under microscopes, as well as human DNA - was being carried on the Beresheet robot lander.And alongside them were dehyrdrated tardigrades - some in amber and some stuck on tape.

For most creatures there would be no coming back from being dehydrated - life without water is almost impossible. 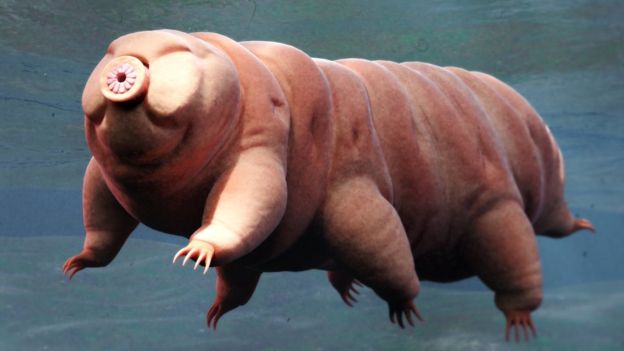 But water bears - which have another very cute nickname, moss piglets - are not most animals.They can be brought back to life decades after being dehydrated.Scientists have found that tardigrades have what seems almost like a super power.When dried out they retract their heads and their eight legs, shrivel into a tiny ball, and enter a deep state of suspended animation that closely resembles death.They shed almost all of the water in their body and their metabolism slows to 0.01% of the normal rate.And if reintroduced to water decades later, they're able to reanimate. 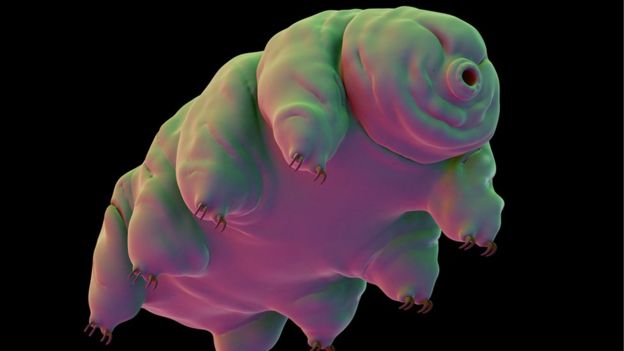 All of that, plus the fact they became the first animal to survive in space back in 2007, made them a perfect candidate for Arch Mission's lunar library."Tardigrades are ideal to include because they are microscopic, multicellular, and one of the most durable forms of life on planet Earth," Nova said.Even though the little moss piglets are likely to have survived the moon crash, it might not be great that they're there."What it means is the so-called 'pristine environment' of the moon has been broken," says Open University professor of planetary and space sciences Monica Grady.When spacecraft leave Earth they are bound by the Outer Space Treaty not to contaminate their environment."You might say it was broken in 1969 when Neil Armstrong and Buzz Aldrin were there, which is true, but since then we've become much more aware of how we should preserve these planetary bodies."I don't think anybody would have got permission to distribute dehydrated tardigrades over the surface of the moon. So it's not a good thing." 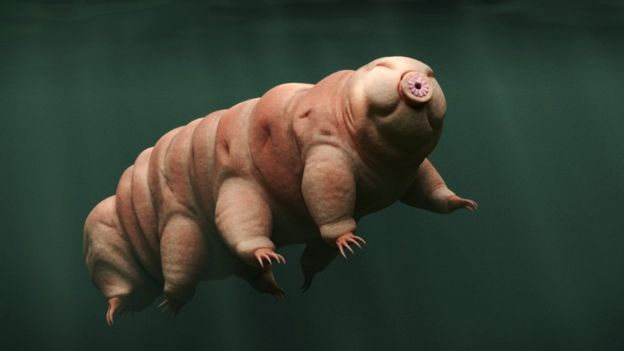 If the tardegrades are on the moon, it's very unlikely they'll be able to spring back to life without being reintroduced to water.But it would theoretically be possible for the tardigrades to be collected, brought back to earth, reanimated, and studied to see the effects of being on the moon.Still, it's nice to think that next time you look up at the moon, there might be thousands of (dehydrated) moss piglets looking back at you.And alternatively, there's definitely some great source material for a sci-fi/horror movie.Attack of the Moss Piglets from the Moon? We'd watch it. 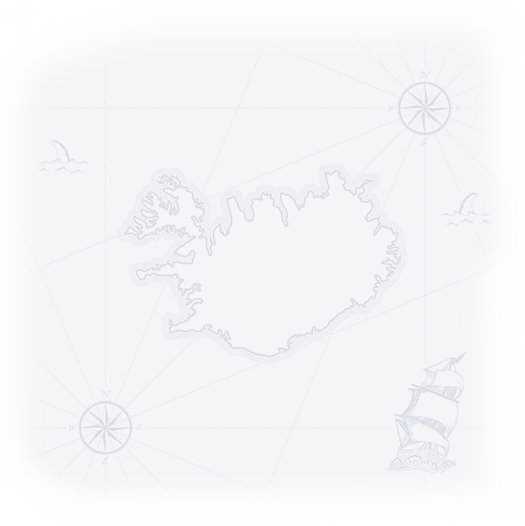 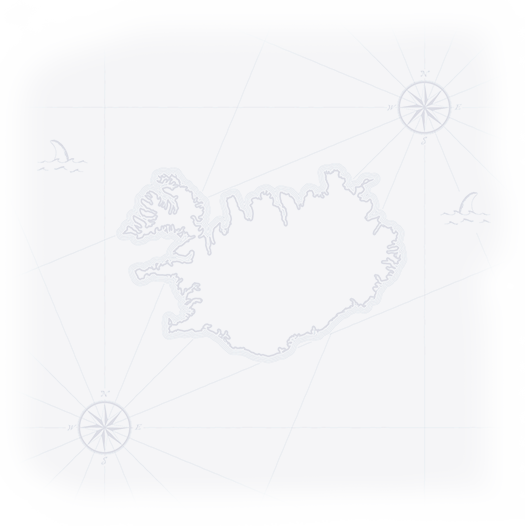